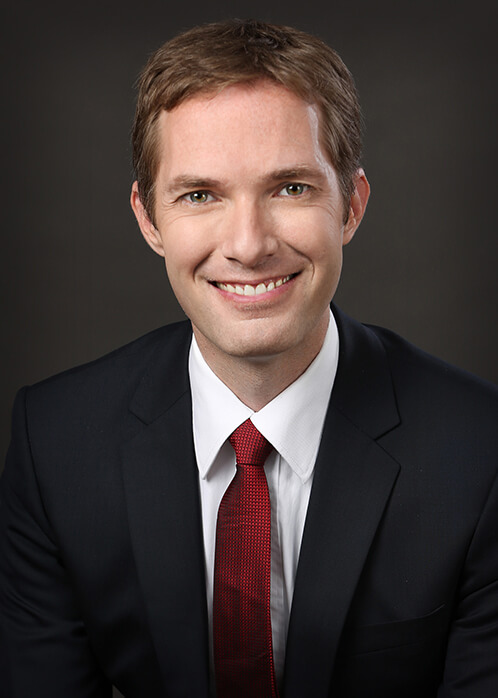 What was it like to grow up with the firm

He has been working with Walker & Walker Law Offices, PLLC since August 2008.

Andrew Walker likes to meet clients at all of the locations.

Since Curtis K. Walker, the founder, is his father, he has been involved with the firm since he was a child, doing things like assembling office furniture and filing papers.

Growing up with the firm in his life has made him take a long-term view to working with clients.

WHY I ENJOY PRACTICING BANKRUPTCY LAW

Andrew C. Walker enjoys practicing bankruptcy law; it is one of the few areas where a lawyer genuinely helps his clients live a better life.

When clients come to the office for the first time they are worried about how they are going to pay their bills and keep a roof overhead.

Oftentimes they have been missing sleep and feeling stressed for years.

When explaining to them how bankruptcy works, Andrew Walker gets the satisfaction of seeing the stress lift from their shoulders.

Most of them say that they had no idea bankruptcy was so powerful.

Seeing people get that sense of relief is satisfying on both a personal level and a professional level.

Andrew C. Walker’s favorite cases are those where he can help someone put behind them a life of financial uncertainty, where they do not have control of their future paychecks.

He enjoys watching the moment when a client who has just finished their bankruptcy realizes that their next financial decisions will be about positive things.

They can begin to think about the best way to help their children through college, or what kind of neighborhood they should buy their first house in.

No longer do they have to worry about where they will get the money for the next debt payment.

After finishing his undergraduate studies, he joined the Peace Corps for two years of volunteer service in Albania.

While there, he taught English and writing to high school and university students, and helped them write grant proposals for international development projects.

This experience made him thankful for the well-developed and transparent legal system of the United States.

This case upheld a Chapter 13 Bankruptcy debtor’s right to use the trustee’s avoiding powers in certain situations.

Chapter 13 Bankruptcy debtors can use these avoiding powers to recover property that others have taken from them.

In this case, the 8th Circuit Bankruptcy Appellate Panel found that the Chapter 13 debtor did have standing to use those avoiding powers.

The debtor sought to use the avoiding powers to remove a lien against the house where he lives with his family.

In this case the debtor’s father died shortly after she filed Chapter 7 Bankruptcy.

The debtor lived in her father’s house when she filed the bankruptcy and when he died, and she inherited partial ownership of the house.

The Chapter 7 bankruptcy trustee tried to take and sell the house for the benefit of the debtor’s creditors.

We successfully stopped the trustee from taking the house by claiming her inheritance as exempt.

This case stands for the proposition that a bankruptcy debtor can claim as exempt a house that they inherit shortly after bankruptcy so long as they are living in the house when they inherited the house.

If you inherit something more than 180 days after filing the Chapter 7, it doesn’t go into the bankruptcy.

In this case, Ms. Thomas had sold her house prior to filing Chapter 7 Bankruptcy in Minnesota and had kept the sales proceeds separate from other money.  Under Minnesota Homestead Law, the money from selling a house is exempt from the claims of creditors or bankruptcy trustees for 1 year from the date of the sale.

The bankruptcy trustee argued that because the proceeds from the sale of the house are only exempt for 1 year from sale, that if they hadn’t been spent within 1 year, then the debtor should pay the proceeds into the bankruptcy.

Andrew Walker argued that whether an assets is protected in bankruptcy or not depends on the status of the asset only on the day that the bankruptcy is filed.  Because the bankruptcy was filed within 1 year of selling the house, the money was protected from the bankruptcy forever.  Judge Ridgway agreed with Andrew Walker’s argument and formally adopted the snapshot rule for the Minnesota Homestead Exemption.